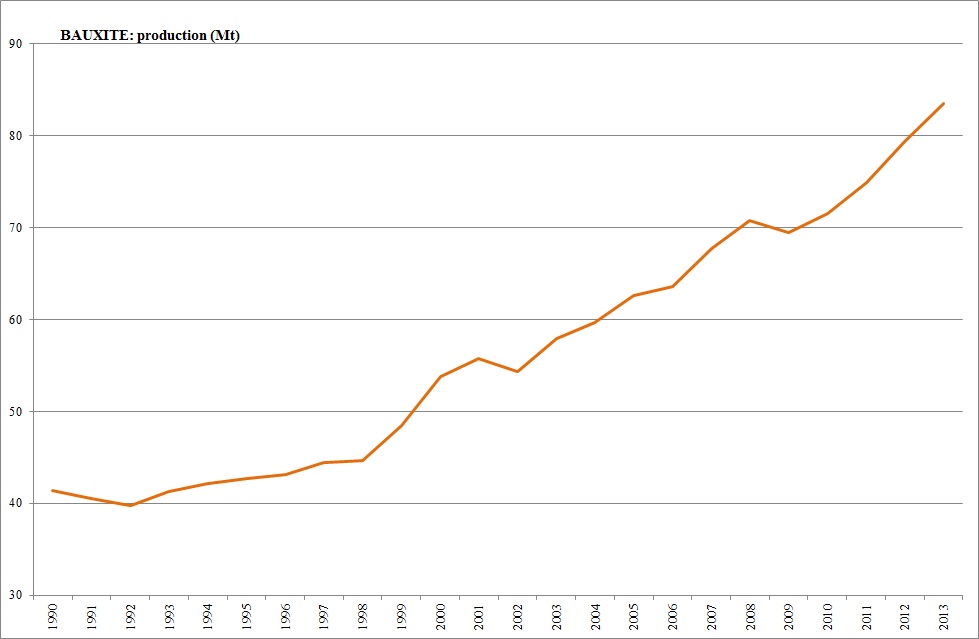 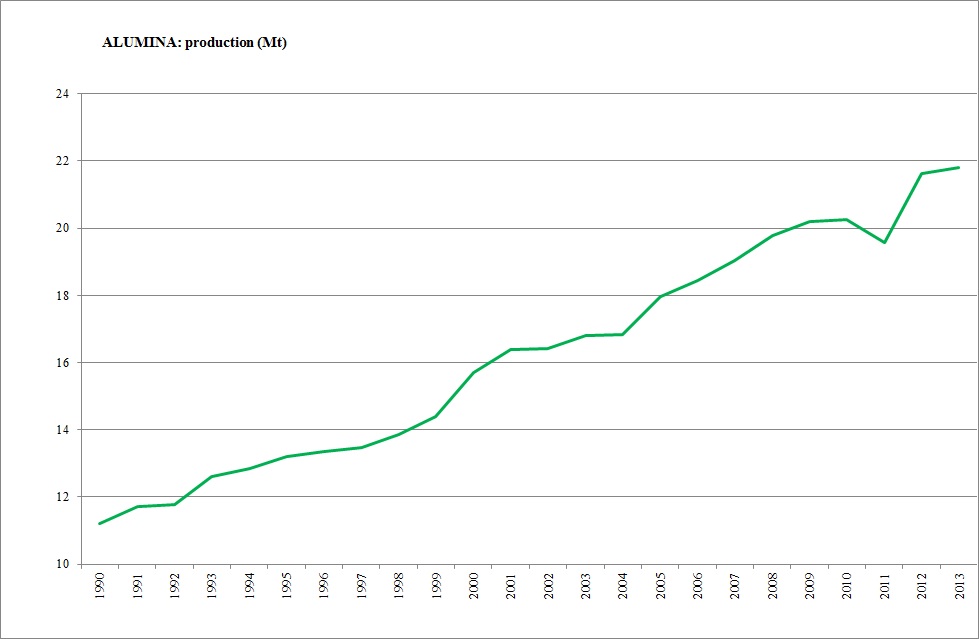 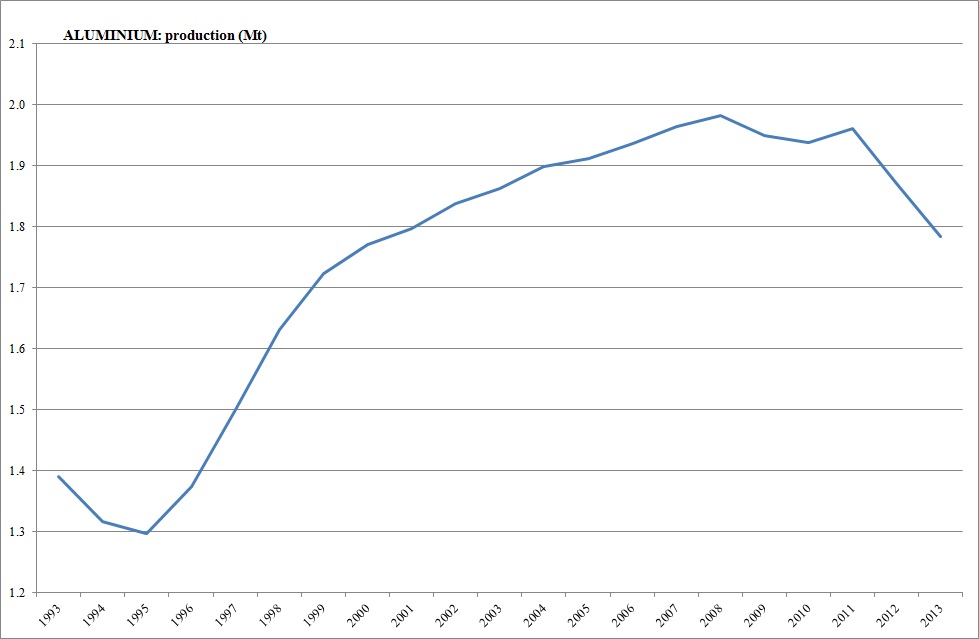 Alumina production processes emitted 15.5 Mt of greenhouse emissions (CO2-e), predominantly from direct consumption of energy for heat but also including around 0.8 Mt CO2-e from purchased electricity.

The combined direct and indirect greenhouse emission intensity of Australian primary aluminium production improved to 14.9 tonnes CO2-e per in 2013 from 15.4 tonnes in 2012 and is the lowest reported figure for the sector. This fall in emission intensity could be partially attributed to reducing default National Greenhouse and Energy Reporting emission factors for state-based electricity.