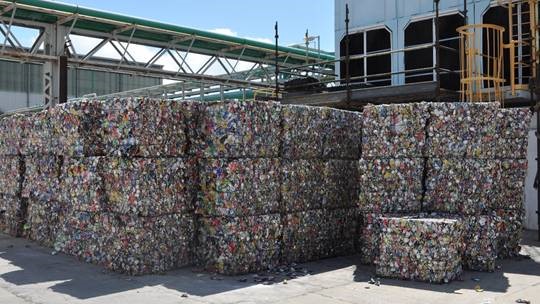 Under the team name ‘United for Change’, our team representatives were part of a broader team of companies, including not-for-profit organisation Container Exchange (CoEx) which runs Queensland’s Containers for Change scheme. Their task was to look at ways to ensure aluminium cans and PET (polyethylene terephthalate) bottles are 100 per cent recycled and reused across Queensland.

The team successfully pitched their idea at the CE Lab event, which outlined how their pilot project would take aluminium cans collected through CoEx and recycle them locally at BSL, rather than offshore. To get their pitch off the ground, the team was awarded $20,000 in seed funding. They were one of four teams to receive the funding, and one of two to receive a unanimous vote from the judging panel.

Once in motion, BSL will initially process 1,000 tonnes of aluminium cans a year and is working closely with other team members to find a pathway to increase this throughput and retain the value in QLD.