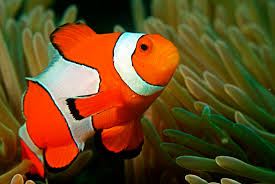 Following the release of the ‘Finding Nemo’ film in 2003, clownfish popularity has increased significantly, with more than one million fish estimated to be sold annually as household pets—90 per cent of which are wild caught. This increase has caused growing concern that the trade of wild clownfish will adversely affect native populations around the world.

In an effort to play a part in reducing this impact, Flinders University has joined forces with the Boyne Island Environmental Education Centre (BIEEC) to establish a clownfish breeding programme in Central Queensland, with Boyne Smelters Limited a proud major sponsor. It forms part of a nationwide programme to establish captive breeding programmes, with the aim of supplying pet stores across the country. The programme was officially launched at the centre in December 2019.

The BIEEC is an education centre running environmental educational programmes for students from Prep to Year 12, featuring activities beyond the capacity of a classroom. The clownfish programme has students involved in all stages of caring for the fish, including growing food, and aquaria care and maintenance. Alongside the hands-on activities, the programme is supported by a range of educational materials, which have been developed by Flinders University, to enhance its educational value for the students.

This programme will not only provide unique and enriching learning opportunities for students in the Gladstone region, but will also contribute to the conservation of one of its unique marine species.