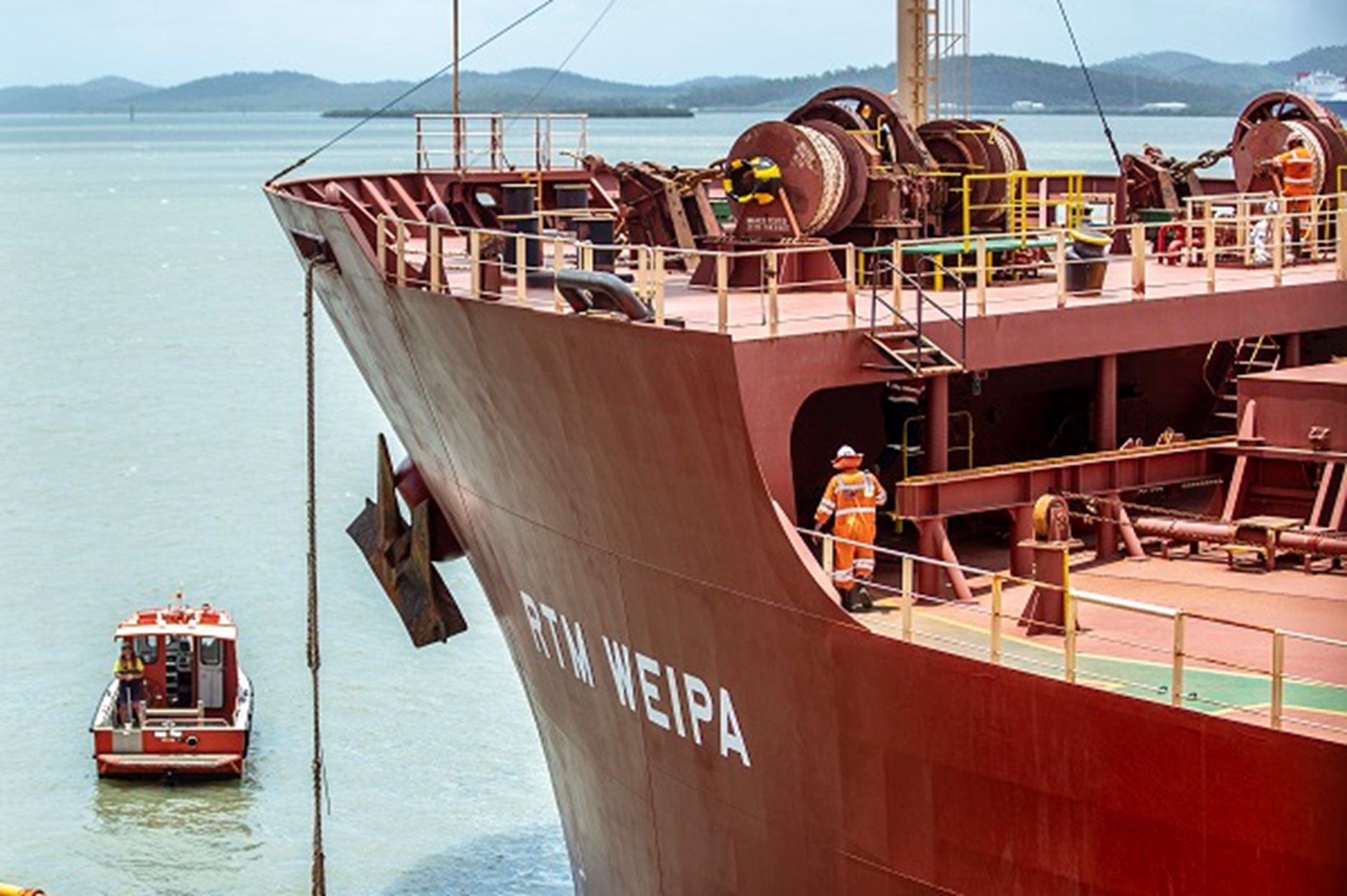 Rio Tinto’s Yarwun alumina refinery celebrated the first shipment from Rio Tinto’s newly operational A$2.6 billion Amrun bauxite mine in Far North Queensland in December 2018, after the RTM Weipa berthed at Fisherman’s Landing at the Port of Gladstone .

More than 80,000 tonnes were unloaded from the ship ‘RTM Weipa’ and delivered to Rio Tinto’s Yarwun alumina refinery following its voyage from Amrun’s Chith Export facility near Weipa, six weeks ahead of schedule.

Rio Tinto Yarwun general manager Mark Gilmore said “This arrival of the first shipment from Amrun is an exciting milestone for us. It not only marks the start of additional supply to our two alumina refineries and smelter in Gladstone but will support China’s significant import needs for decades to come.

“Amrun has provided a major boost to the Queensland economy, and will continue to do so, not only on Cape York Peninsula, but also here in Gladstone.”

During construction, the Amrun development set a benchmark in supporting local and regional suppliers by investing A$2.1 billion with more than 770 Australian companies directly and indirectly engaged with the project.

Member for Gladstone Glenn Butcher MP said “Since the Queensland Government approved Amrun in 2015, we have worked together with Rio Tinto to ensure local participation in the project and a return to our State’s economy.

“Rio Tinto is a significant contributor to Queensland with its bauxite to aluminium supply chain, investing A$3.7 billion in Australian wages, suppliers and community contributions every year. Its aluminium business supports 5,600 jobs across Australia, including more than half of these in Gladstone.”

The Amrun mine will replace production from the depleting East Weipa mine and increase annual bauxite exports by around 10 million tonnes. Amrun is expected to reach a full production rate of 22.8 million tonnes a year during 2019.

Rio Tinto is a leading supplier in the seaborne market and is the world’s largest producer of bauxite, with production of 50.8 million tonnes last year.