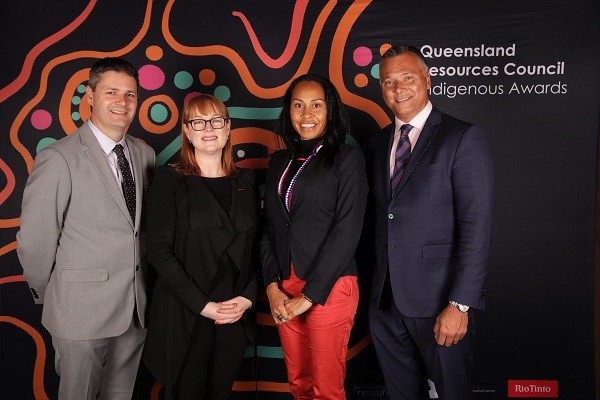 From the outset, the Amrun project operated with a philosophy to engage and procure local expertise and materials. Contrary to projects comparable in size and scope—which would typically engage large-scale, multi-national contractors—Amrun created bespoke contracts with a ‘buy local, hire local’ mindset.

Throughout the project’s three-year construction phase, local procurement encompassed everything from sourcing bulk materials such as Australian‑fabricated steel for site structures to engaging sole proprietors to deliver goods and services. Groceries for the accommodation village were even purchased and shipped from Cairns, feeding more than 1,000 people a day.

At the end of 2018, the Amrun project’s overall economic contribution was:

In May 2019, the Amrun team won the ‘Best Company Indigenous Procurement Initiative Award’ at the Queensland Resources Council (QRC) Indigenous Awards. The win recognises Rio Tinto’s efforts to create sustainable Indigenous procurement and employment opportunities through its Amrun Project Local and Indigenous Participation Strategy, with a long-term approach to Indigenous participation beyond the construction phase of the project into operations.

Florence Drummond, a Rio Tinto Weipa mine operator, was also awarded an ‘Up-and-Coming Recognition Award’ in the Indigenous Advocacy category for founding the Indigenous Women in Mining and Resources Australia chapter.

The QRC Indigenous Awards is in its sixth consecutive year and celebrates the contribution of Aboriginal and Torres Strait Islander people to the resources sector along with excellence in economic participation initiatives.