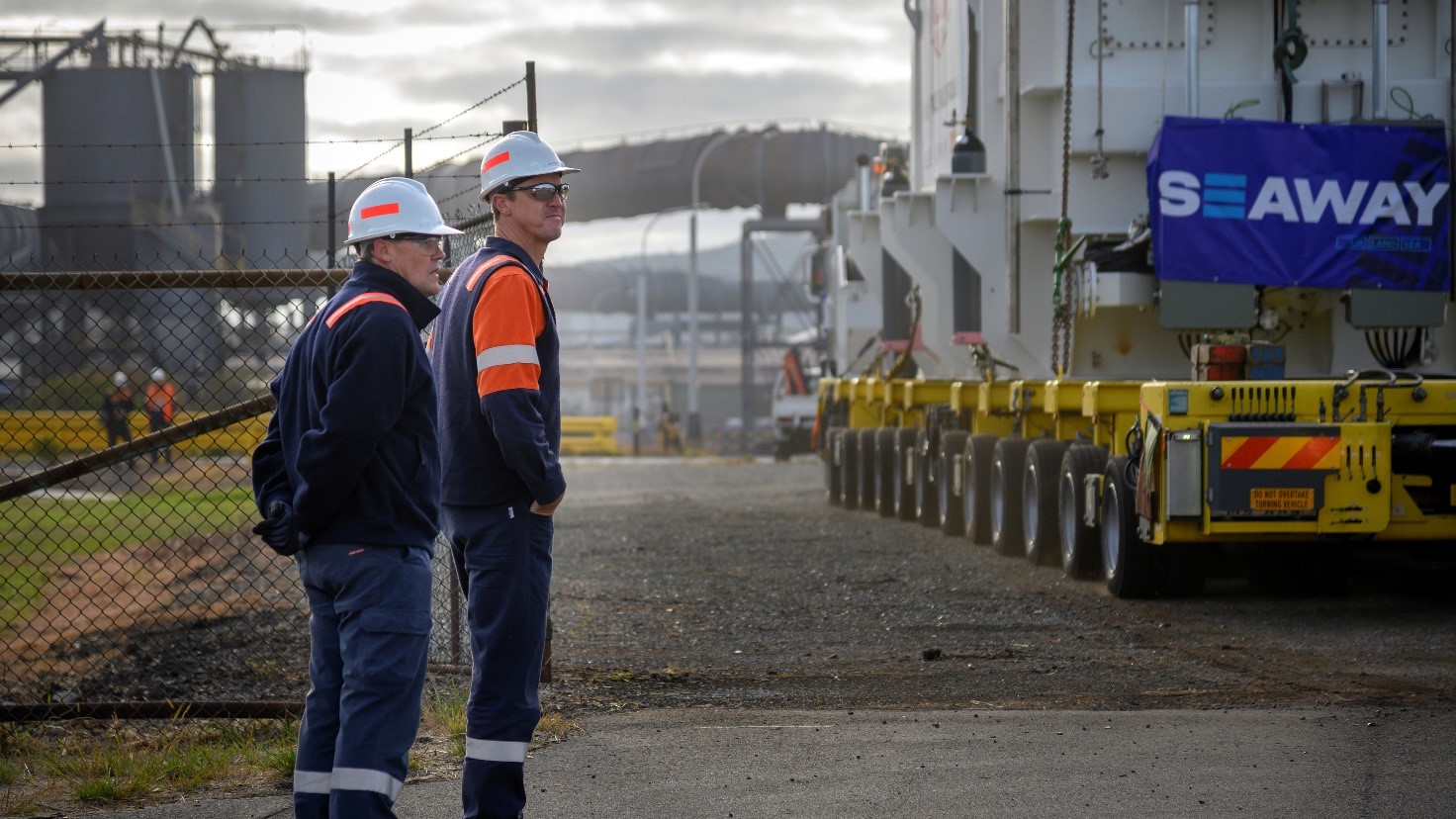 After months of planning, Bell Bay’s new F regulator power transformer arrived safely on 1 April 2019 and was manoeuvred into position in the switchyard by two large cranes.

The 300-tonne power transformer began its journey from Victoria in late March travelling by road and sea to TasPorts at Bell Bay.

Its arrival on site marked the final stage of a journey that began in December 2017 after Bell Bay awarded Victorian-based company Wilson Transformers (WTC) the contract to manufacture and deliver the 168MVA 220/40/11kV power transformer.

The value of this project was $6.5 million with an approximate spend of $1.5 million with Tasmanian contractors and suppliers who worked on the installation with Bell Bay and WTC.

“The power transformer replaces a 52-year-old asset. It was a complex project due to the size of the transformer and the logistics to install it in our switchyard,” Bell Bay general manager Kevin Taylor said.

“Our Power Supply team has a strategy to maximise local suppliers where possible in all projects, so awarding the contract to an Australian-owned company demonstrates that Australian manufacturing can offer quality products at a competitive price.”

The power transformer converts 220,000 volts Bell Bay currently receives from the Tasmanian transmission system to 33,000 volts as an input to the smelter’s rectifiers, which in turn provides direct current power to the potlines.

Video produced by WTC, which shows how the teams worked together to deliver the project successfully: https://youtu.be/KWnI8YCVJU8